Sick of the rat race…want to get away from it all and surf every day without a soul in sight? 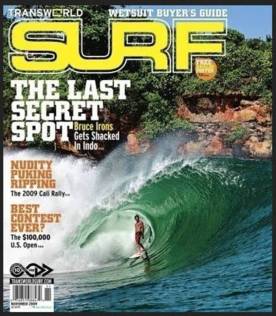 Working full-time can be tough. Getting up early five days a week, working for somebody else to get rich can be a stressfull, unfulfilling and demotivating. Well, you’re not alone. But, there is a way out and it may be a lot closer than you think!

I myself am a surfer, I live near Bondi Beach in Sydney, Australia and regularly hit the local surf whenever there’s a swell in the mix. I regularly travel to Bali, Indonesia whenever I get the chance…or the money!

I’m a professional in the field of Business, Marketing, Communications and the Creative field; including website and graphic design. I’ve worked many a full-time jobs, but the allure of surfing is much stronger than the will to work full time. If it wasn’t for the money, I would much rather be surfing every day.

Any surfer worth a ‘grain of salt’ has been or heard of Bali and how epic the surf is. But if you have ever surfed in Bali, the crowds are so full it’s often hard to even get a wave! It can be very frustrating…you can spend a long time watching others catch amazing waves that was so close to being the best wave of your life! But not to be.

Every surfer with a passion yearns for that secret place, you know the one, that place that exists in your mind, but you don’t think is actually out there as the world is getting smaller and smaller and word gets around too fast. That surf spot that is virtually undiscovered, where barrels hit the ocean time and time again without a soul in sight. This can appear like a dream that is always just out of reach, or that is just a figment of your imagination? But in reading this, you may just be that little bit closer than you ever thought you would ever be!

I myself have had these thoughts…so a few years back I saved hardcore, quit my full-time job, got a six month visa to Indonesia, packed my bags and left without ever looking back. I do recognise that this was an easier decision for me than it may be for some although. My wife is Indonesian and was there waiting for me, so having my other half being there made it an easy decision and one that I have never regretted since.

On my travels, I started in Bali and caught a few waves at my favourite spots, Padang Padang, the Impossibles and Bingin Beach. After breaking my board that was well past it’s expiry date, falling off my motorbike on the way back home after not strapping my broken board on properly and almost snapping my new board in half at Bingin Beach on the first attempt (which is still going strong now after a local did an excellent job of fixing it – it was hanging on by a threat) I got sick of the crowds and thought I would head off to Java, see what the surf had to offer.

I first of all de-toured past Deserts Point in Lombok. I’d heard of the ten second barrels that it promised, and on a big day it was true, and amazing…to watch! The reef is less than one foot below the wave on low tide, and low tide was the only time to get a decent ride. I’m not a bad surfer, but then again I’m not the best surfer. I just wasn’t 100% confident I could nail ten foot plus barrels every time, so I left it to the big boys. On top of this, even when Deserts Point had nobody there and the swell was small, the second the surf started picking up, every semi-pro surfer seemed to know there was a swell and arrived on a boat!

Next stop was Gerupuk in Lombok. I surfed the breaks there, ‘Inside, Outside, Don Don’ and so on. It was a good surf, the waves were a decent size and had some power behind them, but it did not barrel that much. I was also definitely not alone, a lot of surfers out there know about this spot, although it is nowhere near as busy as Bali. This being said, there were times when I could count on one hand how many people were there. Maybe I just got lucky those times although.

I hadn’t been to Java before and in arranging to meet my wife for six months, we decided on spending the majority of the six months in Yogyakarta, South Central Java. This was mainly due to the reputation and sheer number of schools and universities there as my wife wanted to study.

I knew there would be little to zero surf, I would miss the surf, but my other love (apart from my wife of course) was martial arts. Pencak Silat (a deadly Indoensian Martial Art) is very common in this region, so I found a trainer called Mas Ariez and started training a few days a week from there. I picked it up very quickly due to my background in Muay Thai and MMA, and still practice whever I can to this day.

Back to surfing. I was still on the lookout for that remote ‘secret’ surfing spot. I considered Lombok, but hadn’t found that feeling where I knew it was right place I just had to spend all my time there, from now until eternity. I had made the trip to West Coast Sumbawa previously and was very impressed with the quality of waves there, but I still did not get that magical feeling. I had not made it to Lakey Peak in Sumbawa yet which I would one day love to check out…it’s on the bucket list. I also thought about making the trek to the infamous Java hot-spot G-Land, or the lessor well-known East Java surf spot, but this was really far away, was basically jungle and virtually had one place for accommodation that was extraordinarily expensive, that priced me out for this occasion. I also read that there was a lot of ‘sea life’ e.g. sharks and ‘wildlife’ e.g. tigers. The Mentawai Islands in West Sumatra were also an obvious choice, but I had heard that this was not cheap to visit like other Indonesian hot-spots and was up to a day’s slow boat ride away. It was known in history for being undiscovered for so long due to its isolation. Images of ‘Castaway and Wilson’ instantly came to mind. It would be an idyllic location I am sure, but I decided against it for the meantime due to budget constraints and kept on looking elsewhere for other more realistic options.

When my dad came out to visit for a short amount of time, I dragged him and my wife in a taxi for hours down the beach in an attempt to find that secret surf spot that I was hoping to find, but was still somewhat elusive. I couldn’t find it…well, not this time anyway. Did it even exist at all?

After a chance meeting with a taxi driver (and not even our taxi driver) at the Yogyakarta airport one day, he in passing (when I mentioned I had a soft spot for surfing), mentioned a secret surf spot that I had never heard of. It was called Watu Karung, near a small town called Pacitan. I thought to myself, could this be the place I was searching for and dreaming about for all these years?

After almost four hours’ drive south east from Yogyakarta (but only about 150km away), we arrived. I couldn’t believe it, I had found my paradise! The waves were world class, without a soul in sight, it was exactly what I was looking for. I sometimes came accross one or two people on the odd occasion, but that was it. 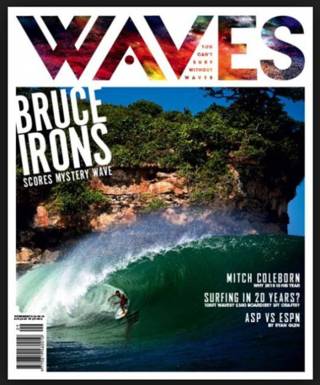 Watu Karung has both left and right point breaks, both world class. The left break barrels consistently and has a lot of power, with the right more clean, fast and a longer ride. Both were challenging and exhilarating rides. Both breaks were in a bay, that narrowed as it got closer to the shore. This helped pump up the size of the waves, and when the swell really hit, sometimes the left and right break would combine due to the proximity, into a raging monster, some of the most erratic waves that would be challenging for any top professional. I had heard that Bruce Irons and a few other pro surfers have surfed here, and later learnt that several professional Indonesian surfers have bought land there too. 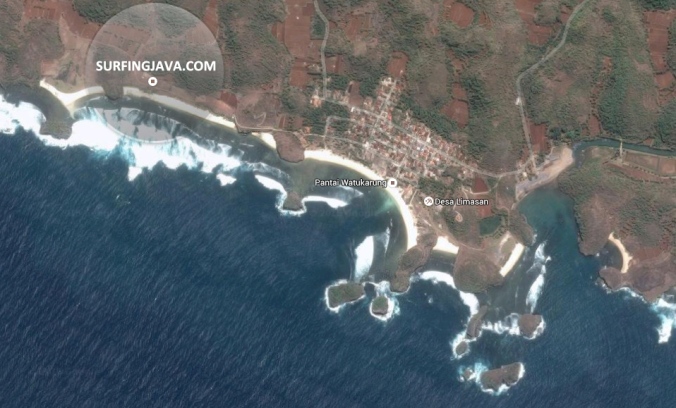 I knew this was the place for me, it was magic. After speaking to a few other travellers who had stumbled upon this place, the word was to ‘keep the place a secret’. Well, I would, I wouldn’t want to break the surfer code, and why would I? I would have to share the waves with other people if I did let the secret out. But then I found myself in a different position than most.

After asking around, we found some beach front land for sale. As my wife is Indonesian, we were able to buy this land at a fraction of the cost than you would in Australia, with world class waves a stone’s throw away. The land we bought was beach front, right in front of Blosok beach, five minutes’ walk away from Watu Karung. Blosok beach also had world class waves, a big, wide and fat reef break with lots of power behind it…and too without a soul in sight. I also discovered that this region has a ‘monkey’ style of Pencak Silat, so I can also practice my other love, martial arts!

In the next year or so, my wife and I intend to start building a mini-resort on this land, live there and start a business renting holiday apartments. So however much I would like to keep it to myself, it is now in my best interest to let the secret out!

We plan on living the dream, we believed in a dream that some people may have thought was impossible, and now we are putting the wheels in motion in order to make it a reality. And you can do it too, live the dream and don’t let anybody tell you that it’s out of reach!

If you are looking to ‘pack your bags’ and enjoy every day surfing without the crowds, we are currently offering short or long term leases.

If you are unable to just ‘pack up and leave’ your full-time job, but are just looking for an investment that delivers returns, can act as a ‘holiday home’ for you and your family and is fully managed by a 3rd party, this could also be a suitable option for you.

In order to reduce the cost, you could even consider a ‘time-share’ with your friends or family…so you can all enjoy it during your time off work; share the cost and the returns.

The plan is to lease 1-2 units (ground and 1st floor level) ONLY once built, with a lease term and cost to be negotiated. If you are interested in viewing the land for yourself, we can arrange an inspection so you can decide for yourself. We also regularly liaise with a local Public Notary in Pacitan who can help facilitate the legal and contractual process.

For more information or to express your interest, contact Lee Edmondson on surfjavanow@gmail.com.